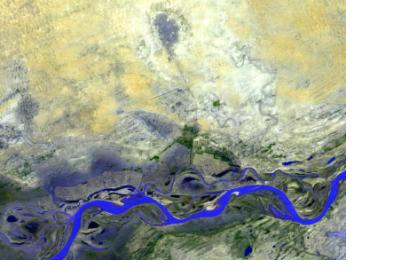 Mali's national survey and mapping agency (IGM) will be receiving the most recent detailed data at a resolution of 1.5 metres from SPOT-6, which has covered the country's entire 1.241.000 km² in less than 5 months. IGN France International (IGN FI) - a subsidiary of France’s national survey and mapping agency - had chose SPOT-6 data to update basemaps of Mali after IGN FI had won a bid to support IGM and revise 1:200 000 topographic maps of Mali.

The maps will be produced in Mali under a technology transfer and training agreement to generate a the first national mosaic of the country, cut into 138 topographic maps at a scale of 1:200 000 and distributed via a web portal. The satellite imagery was acquired over the whole of Mali during the dry season, thus avoiding the period of sandstorms in the desert and Sahel regions, as well as the cloud cover of the rainy season.