Missing Maps Project: Mapping the most vulnerable places in the world 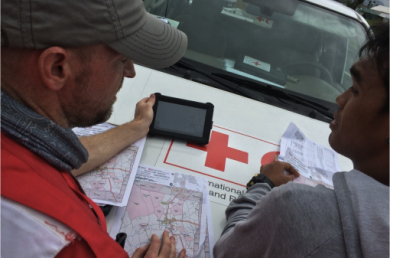 On 4 November 2014 the Humanitarian OpenStreetMap Team (HOT) in collaboration with Doctors Without Borders UK and the American and British Red Cross announced the opening of the Missing Maps Project.

The initiative seeks to map the most vulnerable places in the world in order to enable international and local NGOs and individuals to use satellite maps and data to ensure timely responses to humanitarian crises and disasters triggered by natural hazards. Acknowledging that a big number of the world's most vulnerable human settlements have remained unmapped, HOT's project addresses the necessity of mapping geographical areas vulnerable to crisis and disasters.

HOT's method consists in the creation of a digital city map, obtained by uploading satellite images into the free mapping software OpenStreetMap and by delineating the outlines of buildings, roads, parks and rivers over the satellite image.

The Missing Maps Project will foster the use of OpenStreetMap for humanitarian purposes in partnership with traditional response organizations as a way to support economic development and resilience.