NASA’s Dart Mission: Successful Test on How to Protect the World from Near-Earth Objects 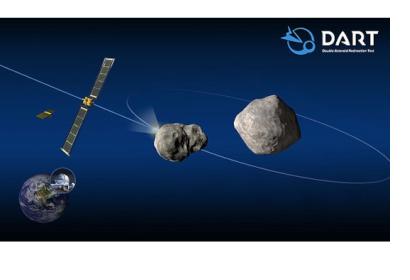 On 24 November 2021, the American Space Agency NASA launched the Double Asteroid Redirection Test (Dart) into the path of asteroid Dimorphos, a small, harmless asteroid millions of miles from Earth. On 26 September 2022, the Dart spacecraft intentionally crashed into Dimorphos. It was planned that this would shift the orbit of the asteroid.

On Tuesday 11 October 2022, NASA announced first results of the test, presenting that the mission has been a success. According to statements by NASA, this has been the “first time ever, humanity has changed the orbit of a planetary body.”

NASA now hopes to be able to deflect and alter the course of any asteroid or comet that comes to pose a real threat to Earth. Such Near-Earth Objects (NEO) pose potential High-Impact Low-Probability (HILP) events. This successful test offers options for planetary defense actions, in case that an NEO would threat the Earth.