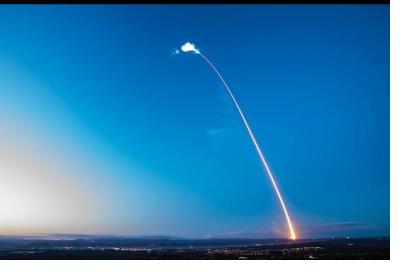 The Spanish Earth Observation satellite PAZ, was launched on 22 February on-board a Falcon 9 rocket from the Vandenberg Air Force Base in California, United States. PAZ will be situated on the same orbit as the German TerraSAR-X and TanDEM-X radar satellites.

For the first five days of the Paz mission, DLR’s German Space Operation Center (GSOC) will take control of the satellite and put it at its own pace. Once the Launch and Early Orbit Phase (LEOP) is completed, the control of the satellite will be handed over to the Spanish Space Agency (Instituto Nacional de Tecnología Aeroespacial, INTA). Regular operations will be conducted from Torrejón de Ardoz, near Madrid.

Experts at DLR in Oberpfaffenhofen have elaborated the LEOP operation and other components of the mission. For instance, a special software has been developed for operation and calibration of the radar equipment by the DLR Microwaves and Radar Institute. Such software makes automatic calculations to ensure the registration of high quality data. Additionally, to gather precise information the radar antenna and recordings are calibrated through special algorithms.

Together with TerraSAR-X and TanDEM-X, the PAZ satellite will also be able to capture almost any region of the Earth within 3 days. PAZ can perform high-resolution mapping of a large geographical area and can store up to 256GB of images and supply more than 100 images a day.

TerraSar-X’s main function is to provide value-added SAR (Synthetic Aperture Radar) data for research and development purposes as well as for scientific and commercial applications. Thanks to its high spatial resolution, users are able to gather accurate and up-to-date information about the distribution and composition of different types of vegetation forms. TanDEM-X acts as TerraSAR-X’s accessory for digital elevation measurements. Designed to close gaps and provide a homogeneous elevation model, it also serves as a basis for maps that are globally consistent. Both satellites are Public-Private Partnership (PPP) between the German Aerospace (Center (Deutsches Zentrum für Luft- und Raumfahrt; DLR) and Airbus Defence and Space.

The PAZ mission is designed as dual-use satellite, serving both commercial and government needs. The satellite is expected to last five and a half years.