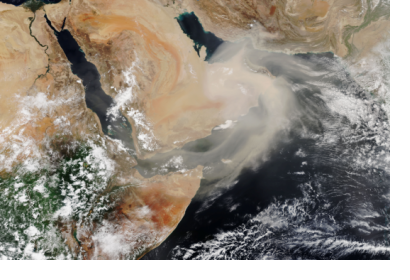 The United Arab Emirates (UAE) launched a new satellite on 29 October which aims to assist with a range of tasks including aiding relief efforts after disasters.

KhalifaSat, a remote sensing Earth observation satellite, was put into orbit via a H-2A rocket which lifted off from the the Tanegashima Space Centre in Japan.

The satellite will spend five years in a Low Earth Orbit where it will capture and deliver high-resolution images of Earth to the ground station at the Mohammed Bin Rashid Space Centre (MBRSC) in Dubai, UAE.

These highly-detailed images aim to help governments and private companies across the globe with a range of tasks including disaster relief efforts, climate change, environmental protection and urban planning. KhalifaSat is also is expected to provide detailed imagery of the ice caps at the North and South Poles, helping to detect the effects of global warming.

The satellite images taken by KhalifaSat will be provided to the UAE government for free by the MBRSC and at a cost to international entities. However, the images will be offered free of charge if they are requested for humanitarian causes - specifically when natural disasters occur.

KhalifaSat is the first satellite developed in the UAE by a team of Emirati engineers. The satellite was also manufactured in the UAE. For the launch, MBRSC partnered with Mitsubishi Heavy Industries and the Japan Aerospace Exploration Agency (JAXA).

The satellite will join  UAE’s other two earth observation satellites that are already in orbit, DubaiSat-1 and DubaiSat-2.

The H-2A rocket which carried KhalifaSat into space also carried the Japanese Ibuki-2 satellite (also known as GOSAT-2), which is designed to monitor greenhouse gases. The satellite will gather data on carbon dioxide and methane density at 56,000 locations in the Earth’s atmosphere in order to assist international efforts to fight global warming. Ibuki-2 can also measure densities of carbon monoxide and particulate matter (PM) 2.5.

The Diwata-2 microsatellite from the Philippines piggybacked on H2-A’s two main payloads. Diwata-2 will be used for disaster relief efforts in the Philippines, with its instruments designed for communications, environmental monitoring, and post-disaster assessment.