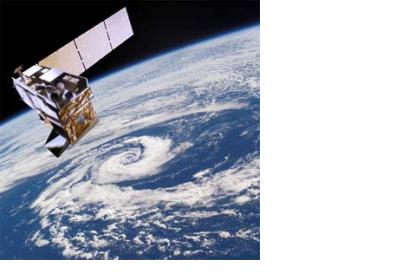 On 27 August 2013, top officials from the National Oceanic and Atmospheric Administration (NOAA) and the European Organisation for the Exploitation of Meteorological Satellites (EUMETSAT) signed a long-term cooperative agreement establishing a policy framework ensuring continued space-based weather, water and climate monitoring. The agreement was signed at a ceremony at the European Union Delegation in Washington by Kathryn D. Sullivan, NOAA acting administrator, and Alain Ratier, EUMETSAT’s director-general.

Ratier declared “The partnership between EUMETSAT and NOAA has continuously developed over the last 30 years and taken a strategic dimension, bringing substantial benefits to Europe, the USA and the worldwide user communities. Today, the partnership covers backup arrangements and data exchange for geostationary satellites and full sharing of low Earth orbit satellite systems, with the Initial Joint Polar System and the Jason series".

Indeed, during this 30-year relationship NOAA and EUMETSAT have achieved key successes such as operating a joint polar satellite system with the respective exchange of data between both agencies, which make up the majority of the data used by the U.S. weather model (GFS) and the major European weather model (ECMWF).