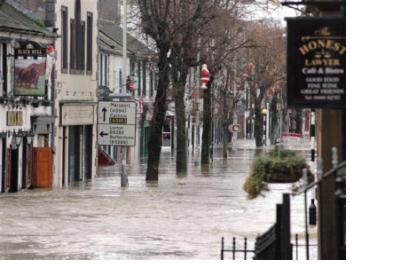 The UK has been heavily affected by floods for months with peaks in February affecting thousands of people and companies. This has led to a decision within the UK Environment Agency to release flood-related data such as groundwater levels, real-time river levels and flood risk to homes in order to improve early warning and better decision-making for individuals and businesses, as the Guardian reported. The datasets were released as “free data” for commercial re-use at the urging of Cabinet Office minister Francis Maude. Normally the agency charges for the use of its data, and imposes strict copyright rules which prevent its reuse.

Previously, the Agency had already released data to the "flood hack" project aimed at developing flood-relief apps. Overall, UK government agencies are moving towards a more open data policy with agencies such as the Ordnance Survey, Companies House and the Met Office by making its data available for free reuse using an Open Government Licence.