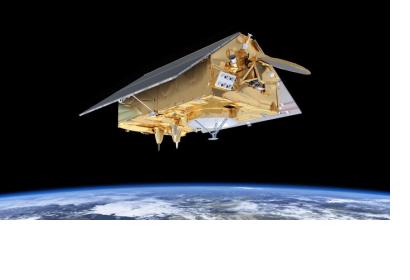 A new satellite that allows the most accurate measurements of sea level yet was successfully launched on 21 November. The Sentinel-6 Michael Freilich satellite will map up to 95 per cent of the world’s oceans every 10 days, taking continuous measurements of sea surface and wave height as well as of wind speed. It thus will provide crucial data for disaster and emergency management, helping to forecast cyclones, droughts, hurricanes and heat waves. With global mean sea level rising due to climate change, Copernicus Sentinel-6 will continue the “gold standard” record for climate studies started in 1992, extending the legacy of sea-surface height measurements until at least 2030. And it will be followed by its twin, Sentinel-6B, in 2025. The satellite measurements of ocean topography will also significantly enhance marine safety by delivering vital meteorological information for shipping. 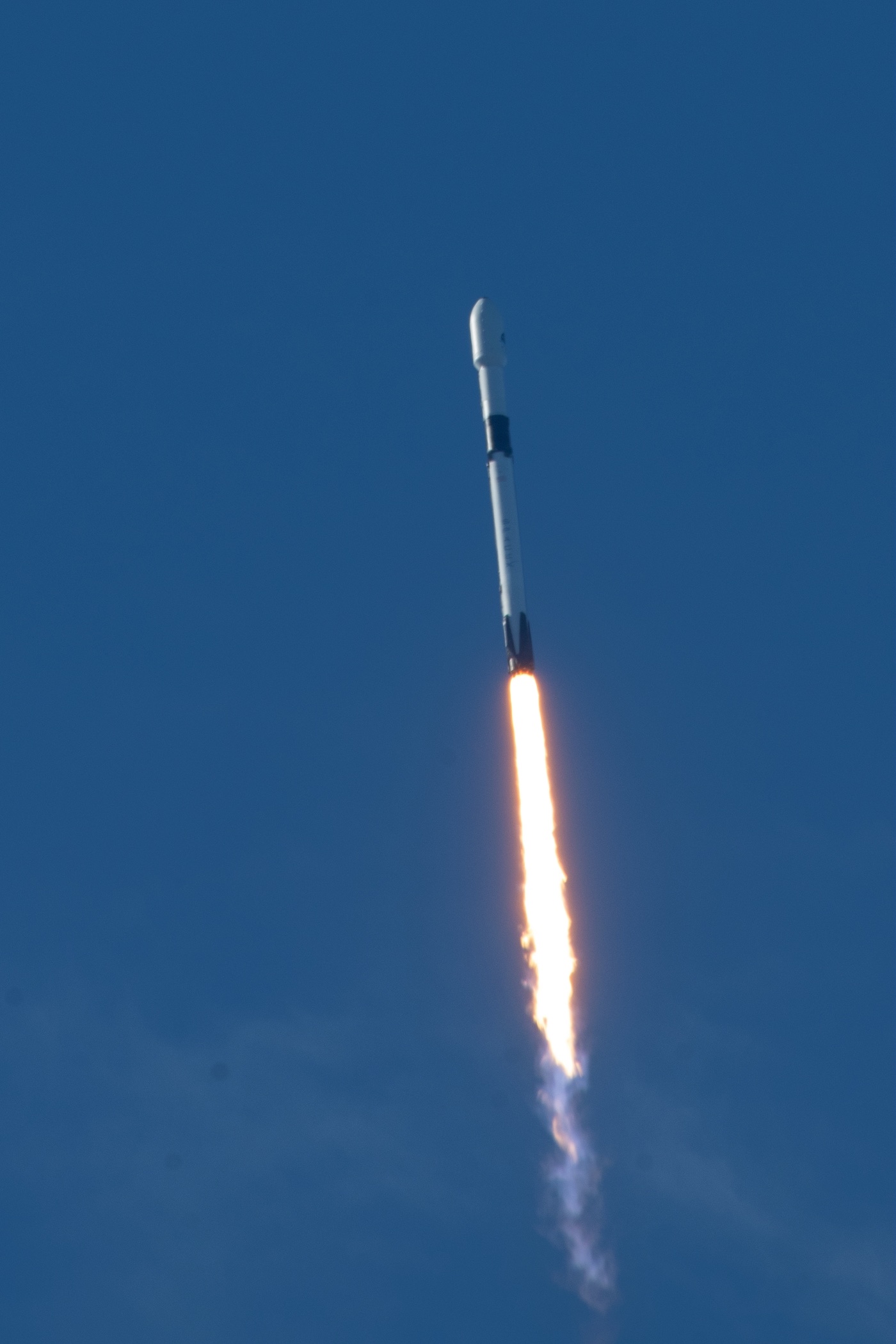 The satellite is a joint project between Europe and the United States of America. The partners involved in the Sentinel-6 mission are the European Commission, EUMETSAT, the European Space Agency (ESA), the National Aeronautics and Space Administration (NASA) of the United States and the US National Oceanic and Atmospheric Administration (NOAA) with the support of the French Space Agency (CNES). EUMETSAT is leading the system definition and is responsible for the ground segment development, operations preparation and operations of both satellites. ESA is responsible for the development of the first satellite, the prototype processors, delivery of the LEOP services, and the procurement of the second satellite.  The launch services for both Sentinel-6 satellites are provided by NASA, as well as US payload instruments and ground segment support. NASA will also contribute to the operations and data processing.

The US-European satellite, named after former NASA Earth Science Division Director Michael Freilich, was carried into space on a SpaceX Falcon 9 rocket. The launch occurred at the Space Launch Complex 4 East at the Vandenberg Air Force Base in California, at 09:17 Pacific Standard Time on 21 November. The satellite began solar panel deployment about one hour and seven minutes post-launch and made its first contact 25 minutes after that. The satellite’s orbit altitude is 1336 km with an orbit inclination of 66° degrees. Copernicus Sentinel-6A takes over from Jason-3 as the reference altimetry mission, meaning its measurements are those against which other satellite altimetry data is cross-calibrated, to ensure accuracy. Communication between the satellite and ground stations is accomplished using microwave S-band and X-band transmitters and antennae, which both are located on the Earth-facing panel of the spacecraft bus. 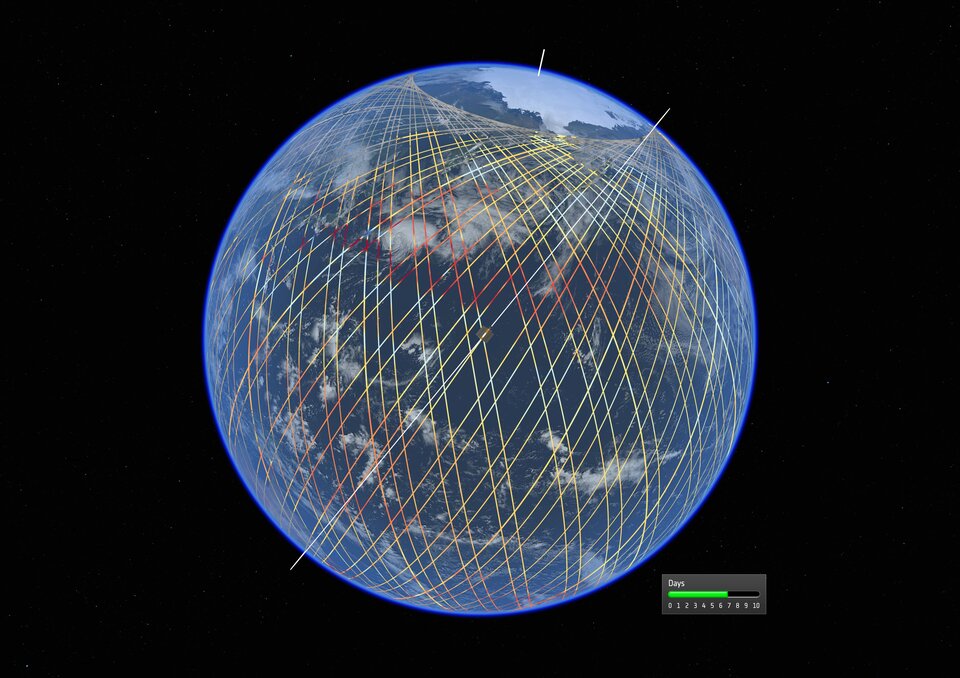 The satellite measures ocean topography, which enables numerical predictions of the three-dimensional ocean. These highly accurate mean sea level measurements are crucial for climate change monitoring and are a prerequisite for developing operational oceanography in synergy with marine meteorology. Since sea-level rise is a key indicator of climate change, monitoring the height of the sea surface is essential for climate science, policy making and protecting lives in low-lying areas. Reliable and highly accurate mean sea level measurements are playing an essential role in the context of the implementation of the Paris Agreement and in improving our knowledge and understanding of the role of the ocean in climate change as well as for mitigation and adaptation policies in coastal areas. Rising sea levels bring various problems with them, such as destructive erosion, flooding, soil contamination and loss of property. They can also be linked to extreme weather conditions such as severe hurricanes and typhoons, and more powerful storm surges. Therefore, it is vital that the changing height of the sea surface continues to be closely monitored over the coming decades. The Sentinel-6 mission will extend the unique record of mean sea level rise that began in 1992 with the TOPEX/Poseidon mission (1992-2006) and continued with the Jason (2001-2013), Jason-2 (2008) and Jason-3 (2016) satellites. 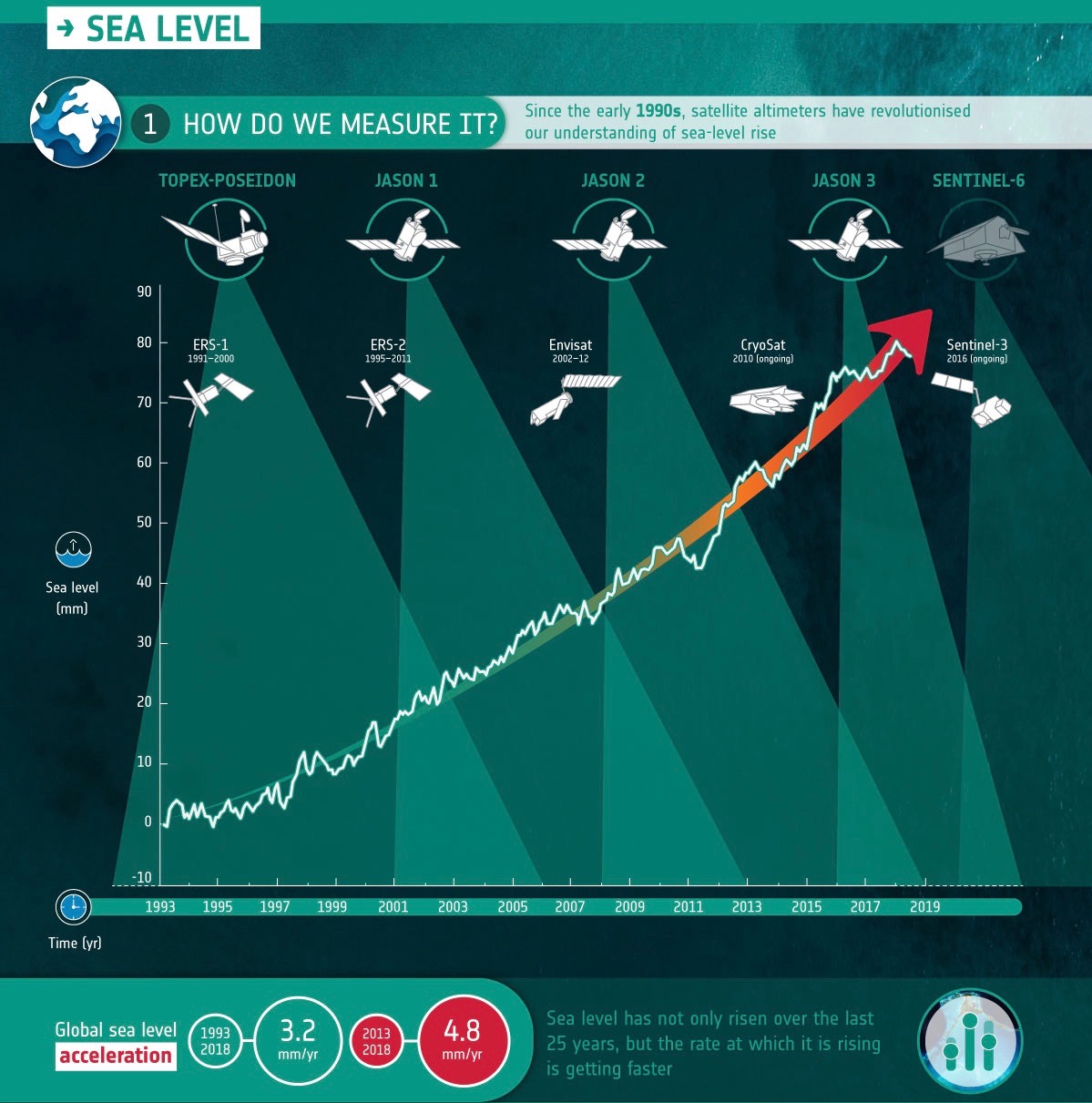 For disaster and emergency management, the data of Sentinel-6 will give crucial inputs for applications including operational oceanography and weather forecasting. Precise and reliable forecasts are important for preparing and reacting to natural disasters. Copernicus Sentinel-6 sea surface height data and atmospheric data will be essential for improving short range forecasting of high impact weather, such as tropical cyclones, and for medium, long-range, seasonal forecasts and hurricane tracking. Applications in the area of operational oceanography include ship routing, support for offshore and other marine industries, fisheries, and responses to environmental hazards. Sentinel-6 will contribute to the core operational ocean information services delivered in Europe by the Copernicus Marine Environment Monitoring Service (CMEMS).