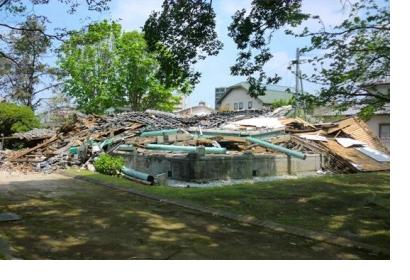 A study conducted by engineers from Tohoku University in Japan sees promising opportunities for LiDAR applications in the context of informing responders after earthquakes. The team investigated the use of LiDAR for earthquake damage assessments following two earthquakes which hit the Island of Kyushu within in 28 hours in April 2016.

LiDAR, which stands for light detection and ranging, uses a laser to measure the distance between the sensor carrying aircraft and the ground below. The data can then be the basement of high-resolution elevation models, representing both the elevations of city structures and those of the topography. For most cases of disaster response in the past, classic remote sensing and aerial photography played an important role. LiDAR yet outranges these approaches spatial resolution and temporal application possibilities, because it also works during the night and through clouds and dust. The accuracy of representation of elevations turned out to be a crucial advantage of the LiDAR approach in the given scenario because damaged or collapsed buildings were more easy to identify.

Pre- and post-event surveys can save lives in the future

In the past, disaster managers used to conduct remote sensing investigations after events to identify damages on buildings. Due to the coincidence, that an even stronger earthquake followed the already strong Kumamoto earthquake just 28 hours later, the LiDAR images done after the first event turned out to be images prior the main shock. They contributed to an alignment with the data collected after the last earth movements. Using an automated detection of a height difference between the two surveys, the working group was able to detect additional damages in nearly no time. That finding led them to conclude that LiDAR and two separate surveys can play a crucial role in reducing the response time significantly.