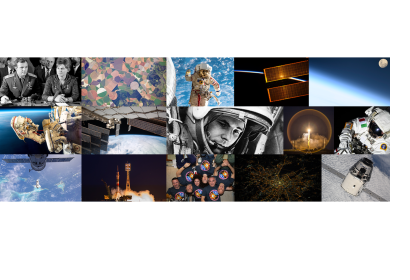 The beginning of the space era for mankind is marked on 12th April, ‘the International Day of Human Space Flight’, which reaffirms the vital role of space research and technology in accomplishing sustainable development objectives and increasing the well-being of nations and peoples as well as assuring the realization of their wish to keep outer space peaceful.

On this day, numerous space museums, scientific centers, and schools hold special activities devoted to educating the public about space exploration. Special exhibitions, seminars, and discussions highlight how space exploration has the potential to unite humanity.

In 1957, the Soviet Union launched the world's first manmade satellite “Sputnik I” into orbit. On 12th April 1961, Yuri Gagarin made the first human space flight when he orbited the Earth in a Vostok 1 spacecraft.

These historic moments cleared the way for space exploration for the greater good of humanity.

People's genuine fascination with space is widespread and this curiosity among people worldwide contributes to international peace. Space exploration provides critical knowledge of the history of our solar system. Without space exploration, we would not have satellites in orbit. These satellites help with communication, security, and navigation. Without satellites, there would be no GPS. Satellites can aid meteorologists in forecasting the weather. Furthermore, satellites and satellite technologies play a crucial role in earth observation activities, which can be used to monitor, understand, and warn about potential natural disasters.

The “United Nations Office for Outer Space Affairs” (UNOOSA) is the UN office responsible for promoting international cooperation in the peaceful uses of outer space. With its program “United Nations Platform for Space-based Information for Disaster Management and Emergency Response” (UN-SPIDER), it aims to ensure that all countries and international and regional organizations have access to and develop the capacity to use all types of space-based information to support the full disaster management cycle.