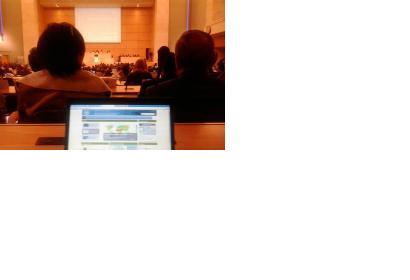 Two representatives of UN-SPIDER attended the second Preparatory Committee meeting (PrepCom2) related to the Third United Nations World Conference on Disaster Risk Reduction (WCDRR), scheduled to take place in March 2015 in Sendai, Japan. PrepCom2 took place on 17 and 18 November in Geneva and served to approve the Conference programme of work and develop the draft post-2015 framework for disaster risk reduction.

During the first preparatory session in Geneva on 14 and 15 July 2014, participants had already agreed on a draft agenda and proposed rules of procedure for adoption regarding the WCDRR. Participants of the PrepCom sessions include representatives of Member States, intergovernmental organizations, UN system entities, NGOs, subnational governments and private sector entities.

UN-SPIDER has attended both PrepComs in order to raise awareness on the importance of satellite-based information for the post-2015 framework for disaster risk reduction and to liase with partners, including GEO, CEOS, UNITAR-UNOSAT and others, in preparation for a joint side-event during WCDRR and follow-up actions. Additionally, UN-SPIDER and its partners aim to incorporate the use of Earth observations data and products in several of the indicators that have already been proposed in the monitoring framework.