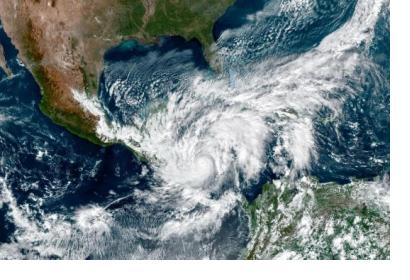 The hurricane season in Central America normally quiets down at the end of October, but this year is one of those rare years when tropical storms and hurricanes in the region have occured beyond the typical season. With 30 events thus far, the 2020 tropical storm season in the Caribbean continues to take its toll in developing countries in Central America. Hurricane Eta entered the west coast of Nicaragua on 3 November as a Category 4 hurricane – the second-highest classification category. It triggered massive floods in Nicaragua, Honduras and Guatemala. In some regions, the magnitude of these floods was similar to those triggered by Hurricane Mitch in 1998, which devastated the region and killed more than 35,000 people throughout Central America. Fortunately, the consequences of Hurricane Eta were much smaller.

As parts of its efforts, UN-SPIDER elevated a request for activation of the Copernicus Emergency Management Service (EMS) Rapid Mapping component at the request of COPECO and CEPREDENAC. It also made use of its ties to several partners to support countries in the region: Airbus Defense & Space assessed the potential impacts of storm surges in Puerto Cabezas in Nicaragua, while the Disasters Programme of the National Aeronautics and Space Administration of the United States (NASA) identified landslides triggered by the intense rainfall in Guatemala. In addition to mobilizing its network, UN-SPIDER created and send maps of flooded areas to these institutions in Central America to contribute to their disaster response efforts.

In order to strengthen early warning UN-SPIDER has also raised awareness in the region about the products and early warning services provided by Copernicus EMS, such as the Global Flood Awareness System (GloFAS) and the Risk and Recovery Mapping component, and about the Global Flood Mapping Products developed under the umbrella of the National Oceanic and Atmospheric Administration of the United States (NOAA) through the Space Science and Engineering Center (SSEC) of the University of Wisconsin at Madison.

More information about about the geospatial information generated by these institutions and by UN-SPIDER can be found on the emergency support page for this event.