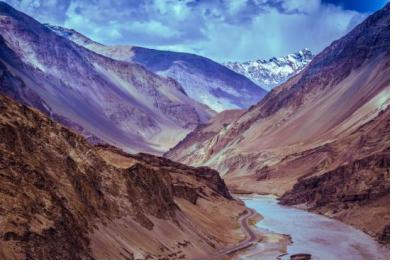 Researchers at the University of Potsdam in Germany have analysed satellite data of nearly 30 years to retrace glacial lake outburst floods across Bhutan, China, India and Nepal. As a result of the survey, the scientists were able to reveal 10 previously undocumented floods in Bhutan, China and Nepal which had been caused by glacial runoff water suddenly breaking through moraine dams.

As global temperatures rise, runoff water of melting glaciers creates unstable lakes. Sudden breaches of those lakes can lead to natural disasters with devastating social, economic and environmental consequences as the lakes’ water bulks deluge villages, farmland, and important infrastructure. Because the Himalayas are home to a quarter of all glaciers world-wide, countries such as Bhutan, China, India and Nepal are particularly exposed to flooding.

Gathering in situ data in an area as vast as the Himalayas can be challenging, especially due to mountainous terrain and harsh weather conditions. However, with the use of satellite imagery from NASA’s Landsat series of satellites, experts are able to retrieve critical information to strengthen preventive measures against flooding by filling gaps in knowledge and understanding about glacial lake outburst floods. With the help of this new analysis, which consisted of nearly 2,500 Landsat images of an area of approximately 10,000 square meters between 1988 and 2016, the known number of glacier-related floods was nearly doubled.