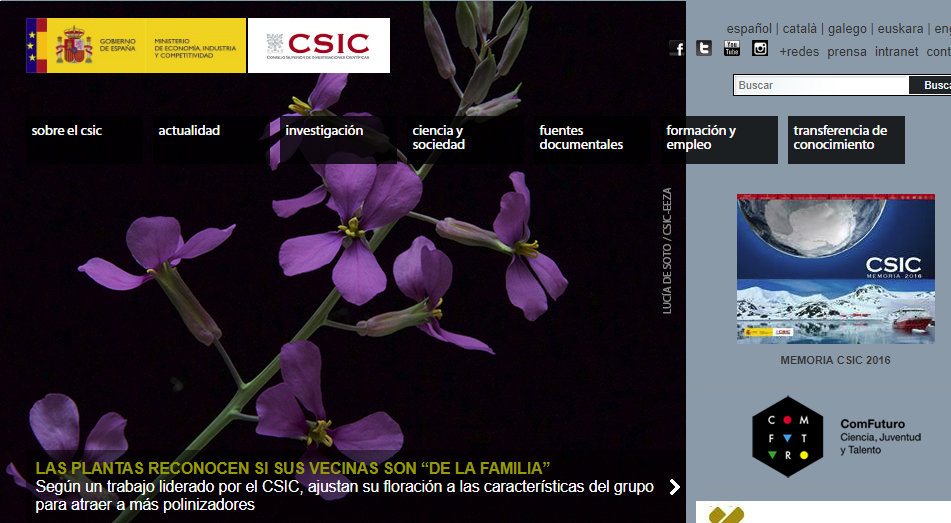 The State Agency Superior Council of Scientific Investigations (CSIC) is the largest public institution dedicated to research in Spain and the third in Europe. Ascribed to the Ministry of Economy and Competitiveness , through the State Secretariat for Research, Development and Innovation, its main objective is to develop and promote research for the benefit of scientific and technological progress, for which it is open to collaboration with Spanish entities and foreign According to its Statute (article 4), its mission isthe promotion, coordination, development and dissemination of scientific and technological research of a multidisciplinary nature, in order to contribute to the advancement of knowledge and economic, social and cultural development, as well as to the training of personnel and the advice of public entities and private in this matter. The CSIC plays a central role in scientific and technological policy, since it ranges from basic research to the transfer of knowledge to the productive sector. The research engine is made up of its centers and institutes, distributed throughout the Autonomous Communities, and its more than 15,000 workers, of whom more than 3,000 are researchers on staff and as many doctors and scientists in training. The CSIC has 6 percent of the staff dedicated to Research and Development in Spain, which generates approximately 20 percent of the national scientific production. In addition, it manages a set of important infrastructures, the most complete and extensive network of specialized libraries and has mixed research units