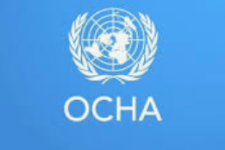 Despite being a resource-rich country with a strong agricultural base, Myanmar is among the poorest nations in the world. Years of conflict and unresolved ethnic differences have contributed to the displacement of around 450,000 people and an influx of refugees in neighboring countries. OCHA established its presence in Myanmar in May 2008 at the onset of Cyclone Nargis to support the humanitarian response in the affected areas of the Ayerwaddy Delta. OCHA then shifted its attention in support of national disaster preparedness efforts and provision of humanitarian assistance to vulnerable communities in border areas.