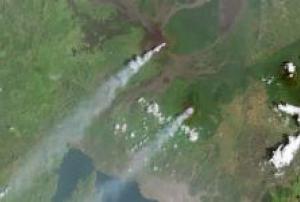 The EGNOS-Africa Joint Programme Office (JPO) is created as a Pan-African “implementing instrument” to coordinate GNSS/EGNOS introduction in Sub-Saharan Africa for all types of applications with a particular attention given to aviation as main driver. JPO has been created within the EU-Africa Common Strategy through ACP/EC framework Programme ‘’Support to the Air Transport and Satellite services applications in Africa’’ as an outcome of the SAFIR Project.

The website AirTrafficManagement.net reported: "The ceremony took place in Dakar on March 3 in the presence of Matthias Petschke, director of the EU satellite navigation programmes,... 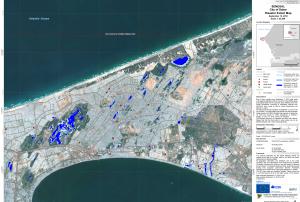 Due to flooding in Dakar caused by heavy rains, on 25 August 2013, the International Charter: Space and Major Disasters was activated to support Senegal with its flood response efforts. After a long period of drought ended in 2005, Senegal has been suffering from annual floods between the months of July and September, with the peak taking place in August.

Nevertheless, Senegal's rainy season this year has led to flooding, which has taken a toll on urban residence's affecting most notably Grand Yoff, Dakar, where many roads have become impassable causing several accidents, traffic jams and disruptions. As a result, a number of deaths and many injuries have been reported since the flooding began. 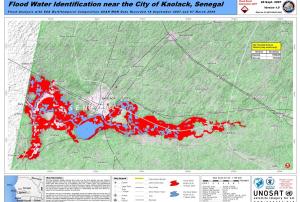 In Senegal, the Charter... 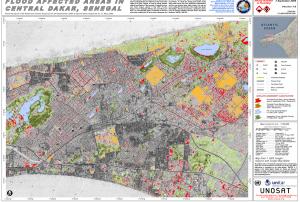 The International Charter Space and Major Disasters was activated on Sunday 26 of August 2012 in the region of Diourbel, Senegal. The charter was activated by UNITAR/UNOSAT on behalf of UNOCHA-ROWCA.

On August 26, 6 people died after torrential rains flooded the Senegalese capital of Dakar. The situation is considered to be catastrophic and the Ministry of the Interior claim that the city’s drainage system failed to cope under the pressure of the gushing water. Senegal’s seaside area is prone for flooding, specially low-lying suburbs which are built on wetlands.