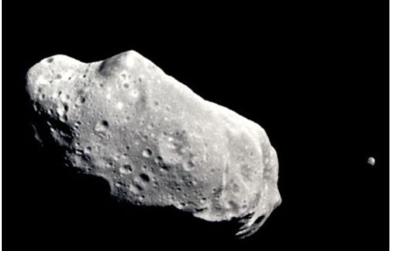 The International Academy of Astronautics (IAA) successfully concluded its 7th Planetary Defense Conference on 30 April 2021. The conference, which was carried out virtually from 26 to 30 April 2021, was hosted by the United Nations Office for Outer Space Affairs (UNOOSA) in collaboration with the European Space Agency (ESA) and attracted hundreds of experts from the space community.  The conference addressed the threat to Earth posed by asteroids and comets and actions that might be taken to deflect a threatening object.  The conference included welcoming remarks by high ranking authorities of IAA and a keynote speech by the Director of UNOOSA, Simonetta Di Pippo.  Dr. Di Pippo welcomed participants to the conference and noted that IAA has been conducting these conferences every two years to raise awareness on the need to develop measures to mitigate the impacts of these Near-Earth Objects (NEOs).  She remarked the need for international cooperation to address the challenges posed by NEOs and explained the role of the Committee on the Peaceful Uses of Outer Space (COPUOS) in coordinating such efforts.   She commented that in recent years, COPUOS established the International Asteroid Warning Network (IAWN) and the Space Mission Planning Advisory Group (SMPAG).   IAWN coordinates the activities of an international group of organizations involved in detecting, tracking, and characterizing NEOs.  In a complementary fashion, SMPAG focuses on efforts to prepare for an international response to a threat by a NEO through the exchange of information, development of options for collaborative research and mission opportunities, and to conduct NEO threat mitigation planning activities.

Like previous conferences, this 7th IAA Planetary Defence Conference included a series of presentations on topics including NEO discovery, characterization, potential deflection and disruption options. In addition, the conference included presentations and discussion panels on communications and ways to address misinformation, and lessons learned from past events. More information on the conference can be found here.

The conference included a simulation of a NEO impacting Europe and efforts to be carried out by the disaster management community in such a case.  The simulation included those initial phases related to the first detection of the NEO and the challenges related to its characterization from observations very far away from Earth; its subsequent tracking and an analysis of its potential trajectory in the vicinity of Earth.  More technical information on the hypothetical asteroid scenario for the simulation can be found here.