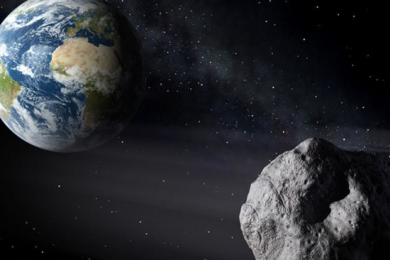 Today is the International Asteroid Day!

Asteroid Day as observed annually on 30 June is the United Nations sanctioned day of public awareness of the risks of asteroid impacts.

In December 2016 the United Nations General Assembly adopted resolution A/RES/71/90, declaring 30 June International Asteroid Day  in order to "observe each year at the international level the anniversary of the Tunguska impact over Siberia, Russian Federation, on 30 June 1908, and to raise public awareness about the asteroid impact hazard."

International Asteroid Day aims to raise public awareness about the asteroid impact hazard and to inform the public about the crisis communication actions to be taken at the global level in case of a credible near-Earth object threat.

The General Assembly’s decision was made based on a proposal by the Association of Space Explorers, which was endorsed by Committee on the Peaceful Uses of Outer Space (COPUOS).

More information about the Asteroid Day, a live broadcast and other events, on the official website.

Near-Earth objects (NEOs) represent potentially catastrophic threats to our planet. NEO is an asteroid or comet, which passes close to the Earth's orbit. According to NASA’s Center for NEO Studies, there are over 16 000 Near Earth Asteroids discovered. The Tunguska asteroid event in Siberia, Russian Federation, on 30 June 1908, was the Earth's largest asteroid impact in recorded history.

On 15 February 2013, a large fireball (technically, called a "superbolide"), traveling at a velocity of 18.6 kilometers per second, entered the atmosphere and disintegrated in the skies over Chelyabinsk. According to NASA, the approximate effective diameter of the asteroid was estimated at 18 meters and its mass at 11,000 tons. The approximate total impact energy of the Chelyabinsk Fireball, in kilotons of TNT explosives (the energy parameter usually quoted for a fireball), was 440 kilotons. The Chelyabinsk event was an extraordinarily large fireball, the most energetic impact event recognized since the 1908 Tunguska blast in Russian Siberia.

The United Nations Office for Outer Space Affairs (UNOOSA)  has worked on NEOs for many years, recognising a NEO impact hazard as a global issue demanding an international response. Addressing such a hazard, including the identification of those objects that pose a threat of impact and planning a corresponding mitigation campaign, requires cooperative action in the interest of public safety on the part of the global community.

Building on recommendations for an international response to a near-Earth Object impact threat, endorsed by the Committee on the Peaceful Uses of Outer Space (COPUOS) in 2013, the International Asteroid Warning Network (IAWN) and the Space Mission Planning Advisory Group (SMPAG) were established in 2014.

The International Asteroid Warning Network (IAWN) uses well-defined communication plans and protocols to assist Governments in the analysis of possible consequences of an asteroid impact and to support the planning of mitigation responses.