WMO: Early Warnings for All Action Plan Unveiled at COP27 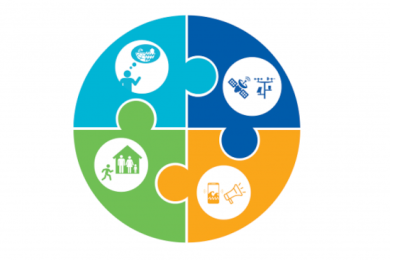 This is an excerpt from a press release from the World Meteorological Organization (WMO) published on 7 November 2022. Find the full press release here.

Sharm el-Sheikh, Egypt, 7 November 2022 (WMO) - It will cost the equivalent of just 50 cents per person per year for the next five years to reach everyone on Earth with early warnings against increasingly extreme and dangerous weather, according to a plan unveiled today by United Nations Secretary-General António Guterres.

The Executive Action Plan for the Early Warnings for All initiative calls for initial new targeted investments between 2023 and 2027 of US$ 3.1 billion – a sum which would be dwarfed by the benefits. This is a small fraction (about 6 percent) of the requested US$ 50 billion in adaptation financing. It would cover disaster risk knowledge, observations and forecasting, preparedness and response, and communication of early warnings.

Mr Guterres announced the plan at a meeting of government and UN organization leaders, financing agencies, Big Tech companies and the private sector during the World Leaders Summit at the UN climate change negotiations, COP27.  The plan was drawn up by the World Meteorological Organization and partners, and it was supported by a joint statement signed by 50 countries.

“Ever-rising greenhouse gas emissions are supercharging extreme weather events across the planet. These increasing calamities cost lives and hundreds of billions of dollars in loss and damage. Three times more people are displaced by climate disasters than war. Half of humanity is already in the danger zone,” said Mr Guterres.

“We must invest equally in adaptation and resilience. That includes the information that allows us to anticipate storms, heatwaves, floods and droughts. To that end, I have called for every person on Earth to be protected by early warning systems within five years, with the priority to support the most vulnerable first,” said Mr Guterres.

The Executive Action Plan sets out the concrete way forward to achieve this goal.

The need is urgent. The number of recorded disasters has increased by a factor of five, driven in part by human-induced climate change and more extreme weather. This trend is expected to continue.

And yet, half of countries globally do not have early warning systems and even fewer have regulatory frameworks to link early warnings to emergency plans.  Coverage is worst for developing countries on the front lines of climate change, namely Least Developed Countries (LDCs) and Small Island Developing States (SIDS).