ISS: How the International Space Station assists during disasters 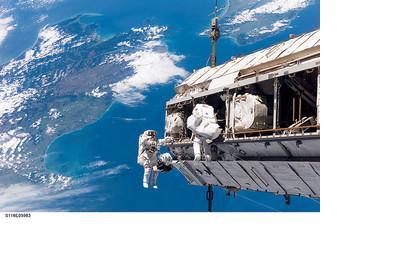 The International Space Station (ISS) partner agencies released a common statement on 17 July 2013 underlining the benefits of the space station during disasters caused by natural hazards on Earth. The ISS partner agencies US National Aeronautics and Space Administration, Canadian Space Agency, European Space Agency, Russian Federal Space Agency and Japan Aerospace Exploration Agency stated "The ISS Partners are committed to continuing to share this unique asset in space and the benefits it brings to life on Earth."

The International Space Station (ISS) is a global research facility primary focused on Earth observation. "A unique complement of automated and crew-operated Earth observation assets are on board the ISS" the statement informs, "in addition, the orbit of the ISS provides a distinct perspective over Earth targets that augments polar-orbiting remote sensing spacecraft". Consequently, it is easy to imagine the numerous benefits that the ISS can contribute to emergency response in regions suffering from natural hazards, such as wildfires, floods, earthquakes, tsunamis, volcanic eruptions and large storm systems.

For this reason, the data compiled by the ISS constitutes an invaluable complement to the information provided by Earth Observations satellites through the International Charter "Space and Major Disasters", of which several of the ISS Partners are members. "Flying 250 miles above the planet and circling it every 90 minutes, the orbiting outpost provides a unique vantage point from which images of Earth can play an important role in helping emergency responders know what areas are most in need during natural disasters". In the last months, the ISS has certainly contributed to disaster response by providing image data of areas flooded in southern Russia; imagery of areas affected by hurricane Sandy in Haiti and the Atlantic coast of the United States; or multispectral imagery of flooded regions in Nigeria and Pakistan collected by the ISS Agricultural Camera (ISSAC).