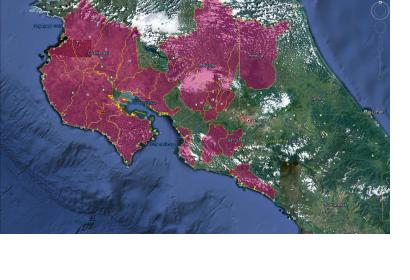 - To watch over the affected areas

- To pay attention to the requirements and requests regarding the affected populations.

CNE is conducting a damage assessment and CATHALAC, UN-SPIDER's Regional Support Office (RSO) in Panama has tasked NASA's EO-1 satellite to acquire satellite imagery of the areas affected by the earthquake. UN-SPIDER has additionally contacted its RSO in Colombia (IGAC) and CONAE in Argentina.