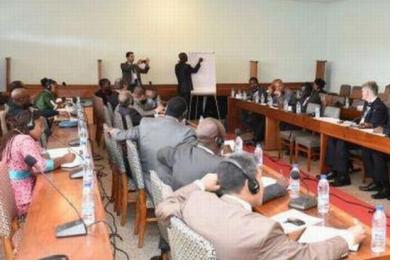 Representatives from the majority of African countries, the African Union, Africa’s Regional Economic Communities and a host of other international organizations have sat together for three days of talks in Yaoundé, Cameroon. The aim of this meeting was to compare the existing disaster risk reduction programmes in Africa with the Sendai Framework and try to narrow the gap between them.

“We are now at a stage where our efforts are concentrating on paving the road for effective implementation of the Sendai Framework on the continent in the next 15 years. This is the only way that Africa will be able to curb the ever-increasing disaster risk and associated consequences, which claimed over 700,000 lives and caused economic loss amounting to over 1.3 billion US dollars over the past decade” said Olushola Olayide, head of the African Union’s Division of Environment, Climate Change, Water and Land Management.

This has been the first inter-governmental meeting concentrated on the direct implementation of the Framework proposed for the period 2015-2030 since it was adopted in March at the World Conference on Disaster Risk Reduction.