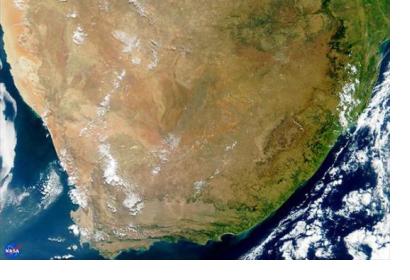 Airbus Defence and Space (ADS) has signed an agreement with the South African National Space Agency’s (SANSA), which allows the African institution to access and download imagery captured by SPOT 6 and SPOT 7 satellites. Additionally, a Direct Receiving Station was installed at SANSA’s facilities in order to cover the entire country (1 221 000 km²) at a very high resolution.

SPOT (Satellite Pour l’Observation de la Terre) 6 and 7 satellites are 1.5-metre-resolution optical imaging Earth observation artifacts developed by EADS Astrium and launched in 2012 and 2014, respectively. They are capable of collecting up to three million km² per day and thus obtain the first coverage of South Africa in just 3 months. They can assist with environmental monitoring, weather forecasting or urban planning, and the aim of the contract is to enhance the livelihoods of communities across Africa.

ADS’ and SANSA’s cooperation dates back to 1989, when the SPOT 1 data acquisition was signed. Since then, SANSA also got access to SPOT 2 and SPOT 4 imagery in the 90’s and to SPOT 5 records in 2006.