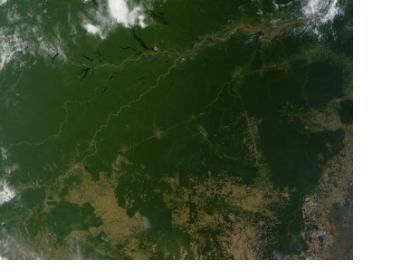 Chinese and Brazilian officials have announced their intention to deepen their cooperation in satellite development and applications. The space-based collaboration between both nations has already been fruitful in various fields, including remote sensing and Earth observation.

The announcement came as part of a bilateral meeting on space collaboration between both nations held in Beijing, China. During the meeting, images of the jointly developed remote sensing satellite Ziyuan-1-04, as known in China, or CBERS-4, as known in Brazil, were presented.

The satellite carries four cutting-edge cameras, such as the infrared multispectral scanner and wide-field imager and is the fifth of the CBERS satellite series.

The Brazilian minister of science, technology and innovation, Clelio Campolina Diniz, highlighted the multiple benefits the images generated by 'CBERS' satellites has for the South-American country. He mentioned how satellites are used in areas such as deforestation control and environmental monitoring in the Amazon region, water resources monitoring, urban growth observation and scientific education.

On the other hand, the secretary-general of the China National Space Administration, Tian Yulong, said that China will strengthen its cooperation with Brazil to better use the satellite images in disaster prevention and relief as well as land resources development. Additionally, some of the images are distributed to other nations for free in order to help them monitor the environment and prevent disasters.

The next satellite in the CBERS program is expected to be launched around 2017.