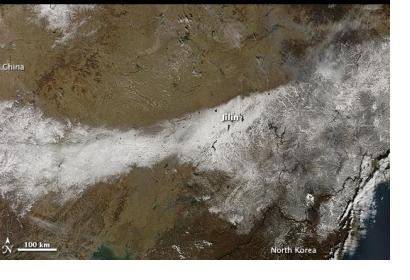 The Northeast province of Jilin in China is planning to launch in October the country's first self-developed remote sensing satellite for commercial use.

Jilin-1 is composed of a group of four satellites: one in charge of high-definition imagery, one to test new space technologies and the other two to capture videos, as explained by Xuan Ming, board chairman of Chang Guang Satellite Technology, the company responsible for launching.

Beside their commercial aim, the pictures and videos provided by these four satellites will help forecasting and mitigating geological disasters as well as assisting the research of natural resources.

The project has been developed by the Changchun Institute of Optics, Fine Mechanics and Physics, of the Chinese Academy of Sciences.