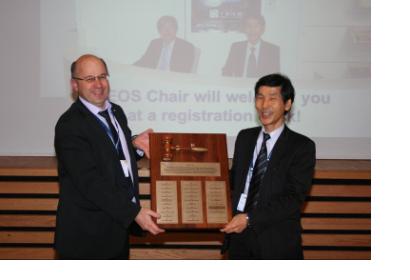 The Norwegian Space Centre and the Norwegian Meteorological Service hosted the 28th plenary session of the Committee on Earth Observation Satellites (CEOS) in Tromsø, Norway.

The meeting took place on the 29 and 30 October 2014 and served as a forum of discussion for CEOS's annual activities and for setting the agenda for future operations. Among the issues discussed, the importance of enhancing climate services and disaster risk reduction strategies was highlighted. The session also led to the redaction of a statement (called the Tromsø statement) that acknowledges an active involvement of CEOS to create inputs in view of the United Nations World Conference on Disaster Risk Reduction to be held in Sendai, Japan, as well as to other major international events.

CEOS was chaired by the European Organisation for the Exploitation of Meteorological Satellites (EUMETSAT) in the past year, which will now be suceeded in its role by the Japan Aereospace Exploration Agency (JAXA).