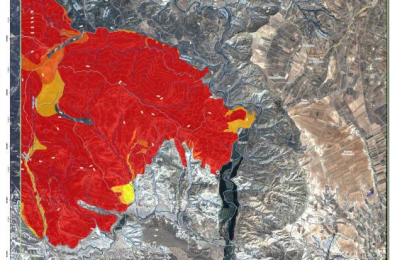 The Copernicus Emergency Management Service was activated by the Spanish Civil Protection Authorities on July 9 after two different fires strongly affected the South of Spain since the beginning of July.

As explained in the Copernicus website, on July 5 a forest fire began in the municipality of Quesada in Jaén province and then spread to neighbouring municipalities. A second forest fire started on July 8 in the area of Lujar in Granada province. The fire reached other municipalities, including Rubite, Gualchos-Castell de Ferro, Órgiva, and Motril.