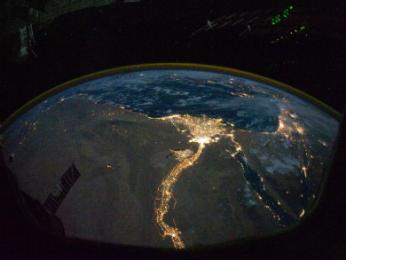 Flood is one of the most common geohazards, which also costs most devastation to society. There are areas more vulnerable to floods, where measures are taken to mitigate the impacts, but further research is needed for identifying flood vulnerability in order to make communities in such vulnerable areas more resilient.

Professor Alberto Montanari from the University of Bologna found new ways of pinpointing vulnerable areas by using satellite observation of night time lights from homes or businesses and combining this data with river network data.

The Institute of Hazard, Risk and Resilience explains: "Since night lights are a useful indicator for human settlements it can be used to identify and prioritise vulnerable populations that live close to streams or rivers. The data presented by Montanari shows an increase in night lights in areas that are near rivers. In the case of countries in Asia the trends are especially pronounced. In North America the presence of night lights are actually decreasing but this could be due to the implementation of policies to reduce light pollution."