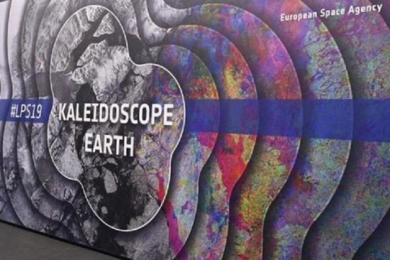 A one-week-long event brought together scientists and users to present their latest findings on the Earth’s environment and climate derived from satellite data. Organized by the European Space Agency (ESA), the Living Planet Symposium also introduced ESA missions – such as the Sentinels, Earth Explorers and meteorological missions – as well as national missions in development.

The event took place in Milan, from 13 to 17 May 2019, and offered an opportunity to hear first-hand from scientists about recent environmental discoveries, the latest facts on climate change and how state-of-the-art satellites and novel measuring techniques from space are taking the pulse of our planet.

The week was packed with sessions and talks about observing Earth from space. A special emphasis was put on how information from space is critical for international bodies assessing climate change and implementing strategies to address societal issues such as air pollution, food and water security, sea-level rise and disaster management.

During the event, first results and products from some of the recently launched missions were presented. One example is PRISMA, the Hyperspectral Italian Mission, an Italian programme fully funded by the Italian Space Agency. The satellite, which is designed for a mission lifetime of five years, was launched in February 2019 with the VEGA launcher. Another example is ESA's Earth Explorer Aeolus, launched in August 2018 and whose first results have been presented during the Symposium.

Scientific themes covered at the event included oceanography, solid Earth and geodesy, atmosphere, climate and meteorology, the cryosphere, hazards, methodologies and products, near-Earth environment and land applications. Special sessions were dedicated to ESA programmes and initiatives, including the Climate Change Initiative and other international cooperation initiatives, as well as the Copernicus Emergency Management Service.

The event programme and presentation abstracts for each session can be found on the official website of LPS19.

The symposium was organized with the support of the Italian Space Agency (ASI).