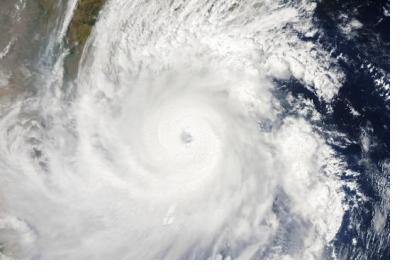 Building upon a history of successful Earth observation satellite launches, the Indian Space Research Organization (ISRO) sent its RISAT-2B radar imaging satellite into orbit on 22 May 2019. Launched from the Satish Dhawan Space Centre in Sriharikota, India, the satellite has the capacity to benefit the disaster management, agriculture, and forestry sectors by capturing detailed images of the Earth’s surface, with a resolution of about 1 metre.

With its X-band synthetic aperture radar, RISAT-2B can view the Earth’s surface during day and night, including under cloudy conditions. ISRO Chairman Dr. K. Sivan, as quoted in an ISRO press release, explained that the Earth observation satellite has an advanced technology “3.6m radial rib antenna.”

RISAT-2B is India’s third radar imaging satellite, in addition to RISAT-2 launched in 2009, and RISAT-1 launched in 2012, according to Space.com. The recently launched RISAT-2B is intended to replace the RISAT-2 satellite.

The satellite was sent into orbit by India’s PSLV-C46 launch vehicle, marking the launcher’s 48th mission.