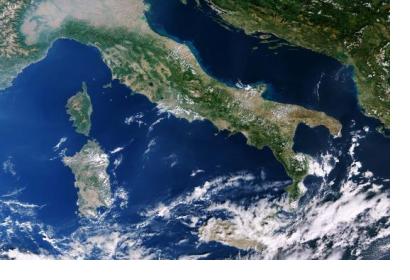 On 21 March in French Guiana, the Italian remote sensing satellite PRISMA launched aboard a Vega rocket of European launch provider Arianespace. Data from the satellite will be used for natural disaster prevention and disaster response, among other purposes.

The satellite was designed for Italian researchers and will serve as a prototype for future missions. With PRISMA’s images, scientist will study environmental behavior, including climate- and other human-influenced changes. Besides disaster management the data will be applicable for monitoring water pollution and agriculture, land use, soil mixtures as well as the carbon cycle.

PRISMA, or “Precursore Iperspettrale della Missione Applicativa”, which translates into “hyperspectral precursor of the application mission”, is a small hyperspectral imaging satellite.

It has been constructed by space company OHB Italia and will be operated by the Italian Space Agency, Agenzia Spaziale Italiana (ASI). It will operate in a 615-kilometers sun-synchronous orbit and is expected to be running for at least five years.

Mr. Aceti, Managing Director of OHB Italia, stated “Thanks to the intense activity of our team, PRISMA finally reaches its orbit from where it will provide innovative data that will revolutionize the very concept of services from space for the benefit of institutions and citizens.”

The 879 kilogrammes heavy satellite obtains an eponymous sensor, built by Italian company Leonardo. The sensor incorporates a hyperspectral imager and operates across 237 visible-light, near-infrared and short wave infrared bands with a spectral resolution of 12 nanometres. This way, the sensor can image a 30 kilometer patch of the Earth’s surface at a resolution of 30 meters.

Arianespace conducted its first launch this year, orbiting PRISMA of their light-lift vehicle Vega. Three other missions are planned for 2019, amounting to the highest number of Vega launches in a single year since the rocket’s introduction in 2012.