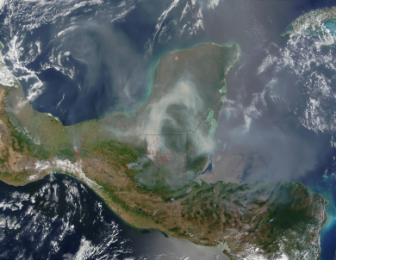 The Mexican National Commission for Knowledge and Use of Bioiversity (CONABIO) contracted a provider of satellite data EOMAP to deliver high resolution environmental information of the Maya Coast, Yucatan peninsula, the Mexican Caribbean sea coast.

More than 5000 sq km of the marine environment, including ecosystems such as corals were mapped in water depths to 25m. The CEO of EOMAP, Dr. Thomas Heege, hopes that the gathered imagery will serve the authorities as a first baseline dataset for preservation of the vulnerable ecosystems. Traditional surveys of the coastline were too expensive and time consuming, while the new highest spatial multi-spectral resolution satellite data used for the Bathymetry and Seafloor EOMAP survey was easier to access by CONABIO. The scientists of the Mexican Agency assert the high value of the satellite data for the short and long term assessment of the climate, disaster and human-made impacts to the ecosystems.