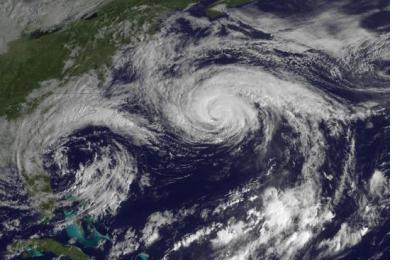 A new satellite remote sensing technique has been proven effective in measuring ocean wind speed in order to better track hurricanes and cyclones. This technique uses GPS technology to send signals to Earth’s surface and gather data via Global Navigation Satellite Systems-Reflectometry (GNSS-R) and is expected to lead to better forecasts in the future.

For this study, a GNSS-R instrument was attached to the UK TechDemoSat-1 (TDS-1) satellite and collected data between May 2015 and October 2016, during which Hurricanes Joaquin and Jimena, and Typhoon Chad-hom took place. The observations collected successfully showed changes in ocean surface conditions consistent with cyclone and hurricane wind fields. Even more promisingly, the GNSS-R was able to track speeds in and around the eye of a cyclone, something that previously proved to be difficult through other tracking methods.

This technique is not unfamiliar to scientists, as it has proved effective in the past when used by aircrafts for wind speed tracking. The ability to gather this data from satellites, however, will allow for more far-reaching information to be available for research.