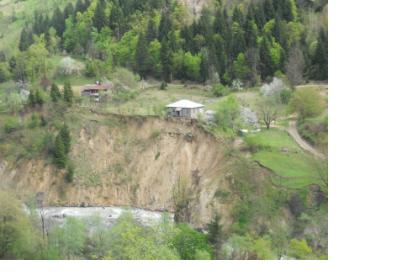 An Australian research team has developed a data-driven tool in proof-of-concept research for regional scale that can predict landslides up to a year in advance.

The tool has the potential to be a significant way to safeguard people against fatal natural disasters: around 25-50 people are killed by landslides each year in the United States alone, and the global annual death toll is estimated in thousands.

This new tool strives for two things: first, it aims for early prediction, meaning more than a couple of days in advance, in the hope to undertake some remediation to avert the landslide.
And due to this, the most accurate projections of the exact site of an oncoming landslide now occur a year in advance.

The second critical element of the team's new tool is its ability to forecast landslides a month in advance on a regional scale.

The innovative aspect of the team's new tool is that it examines numerous places of motion using recently obtained expertise in the mathematical field of granular failure.

Additionally, because the new technique can be utilized with publicly available satellite data (such as Sentinel-1 SAR), it might be a useful tool to be applied directly by users and authorities in high-risk areas. Furthermore, the model's projections may be used to monitor and manage natural hazards that will be exacerbated in the future by rising sea levels and erratic weather linked with climate change - calamities such as landslides and avalanches that can also generate tsunamis.