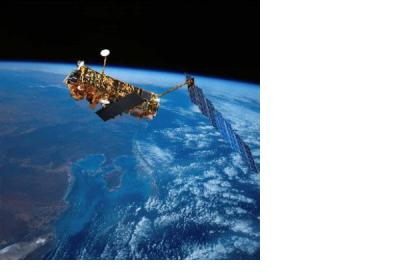 Data collected by satellite has been used to establish the stability of the ground sustaining the Basilica di Massenzio in Rome, the largest of the ancient buildings that make up the Roman Forum. ESA explains on their website: "With the help of the satellite images, the geologists could tell very quickly if a particular hillside had slid a little over the years, or if the ground under a house had sunk a bit.

In order to measure if the vibrations coming from the modern-day Roman traffic and expansion of Rome's metro line was affecting the stability of the building, geologists and engineers made use of satellite images collected by Earth observation missions like ERS and Evnisat. The images were used to determine if there had been any movement of the ground beneath the structure.

Previously, when they suspected any movement of the ground, experts had to wait several months to confirm or discard their suspicions. With the new technique experts were able to measure any movement using data collected over decades by Earth observation missions, saving time and resources to determine the stability of the ground.

This technique demonstrates the practical use of satellites images to assess the risk of landslides or unstable ground. Among other things, this satellite-based method can help experts to monitor subtle changes of ground holding up structures such as dams, houses or highways, becoming then an useful tool in the assessment of risk of disaster and potential damages to vital infrastructure.