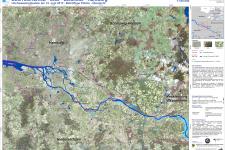 A disaster manifests itself through its impacts and effects: it provokes injuries or fatalities; it affects the livelihoods of people in rural communities or in urban areas; it triggers damages and losses in various sectors of development (housing, road infrastructure, agriculture, health, education, telecommunications, energy, etc); and it affects routine economic processes leading to economic losses. As a way for governments to support communities and sectors of development affected by any disaster, precise and up-to-date information on its impacts is essential as a way to respond in a timely and effective way.

The information on the extent and location of impacts allows government agencies to pinpoint the needs of those affected by the disaster. To generate such information, local emergency committees conduct damage and needs assessments or damage and loss assessments in the affected communities, compiling information on the impacts of the disaster in terms of the number of people injured, killed, homeless and affected; the number of houses damaged or destroyed, the degree of damage experienced by infrastructure such as schools, hospitals, churches, public buildings, roads, bridges and other infrastructure. Once compiled, such information is then transmitted to the Emergency Operations Centres (EOCs) operated at the municipal, provincial or national levels depending on the extent of the event.

Use of information within EOCs

Within the EOCs, the information on damages and needs is processed and used in several ways:

The importance of maps

Maps are essential to provide situational awareness concerning the areas affected by the disaster, the road infrastructure which can be utilized to deliver humanitarian assistance to the communities that need it, and other relevant features. In the case of floods, landslides, tsunamis, tornadoes, and storm surges, maps are the best way to display the geographical extent of such events and to overlay relevant information including the location of affected communities, road infrastructure and other areas.

The use of satellite imagery and geographic information systems allows decision makers inside the EOCs to become aware of relevant fact, such as the number of hectares affected by floods, debris flows, or forest fires or the number of kilometers of roads which have been affected or destroyed. Space-based information also allow to take note of recently established roads which may not appear in typical maps produced by National Geographic Institutes, but which could be used as emergency evacuation routes or as roads to deliver humanitarian assistance to those who require it in remote areas.

Information for recovery and reconstruction

In the recovery process, information on impacts is used by governments to provide assistance to those affected, to plan the reconstruction process and to restore the livelihoods of those affected. Presented in the context of maps, information on the affected areas can be used to define land-use norms that should impede the reconstruction of infrastructure in such areas. This approach avoids the re-creation of the risks that existed before the disaster.