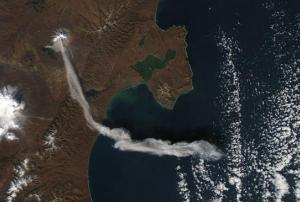 Significant activity from volcanoes in the Russian Federation have been observed from space in recent months. The Kamchatka and Kuril Islands volcanoes, located in the fact east of the country, are being monitored by satellites in order to avert the hazards caused by their regular eruptions to air travel and to local populations.

These volcanoes are among the most active in the world, generally erupting between three and seven times every year. As of 4 May 2018, two volcanoes in Kamchatka - Karymysky and Sheveluch - are subject to an orange aviation colour code meaning that a volcano is exhibiting heightened unrest with increased likelihood of eruption or that a volcanic eruption is underway with no or minor ash emission. The Ebeko volcano located in the Kuril Islands is also subject to the same warning.

When volcanoes in the region erupt, they… 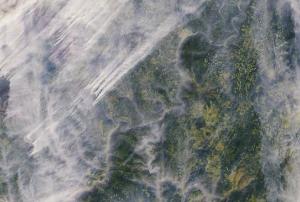 With a primary focus on oceans, the Sentinel-3B satellite will monitor aquatic biological productivity and marine pollution, to map sea-level change and to forecast the sea state for efficient and safe ship routeing. As well as measuring the oceans, the mission also delivers unique and timely information about changing land cover, vegetation, urban heat islands, and for tracking wildfires. The… 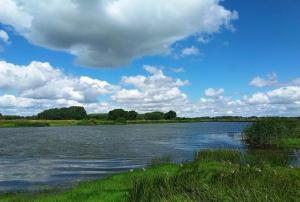 The International Charter Space and Major Disasters has been activated for flooding in the Volgogradskaya Oblast Region of the Russian Federation on 4 April, caused by vast amounts of melting snow causing river water levels to rise.

Local authorities requested the activation of the emergency response to evacuate over 359 residents from 31 inhabited areas and to provide relief.

The activation has been requested by The Ministry of Emergency Situations (EMERCOM) of Russia. The Roscosmos State Corporation for Space Activities acts as project manager. 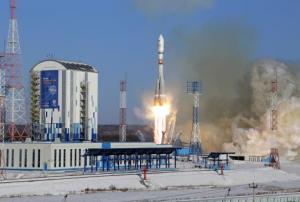 Satellites which will be used for the real-time monitoring of emergency situations were successfully put into orbit by the Russian Federation on 1 February.

The remote-sensing Kanopus-Vulkan (or Kanopus-V) satellites No.3 and No. 4 were launched via a Russian Soyuz-2.1a rocket which lifted off from Vostochny Cosmodrome. They are designed to assist in the detection and management of natural disasters as well as man-made emergency situations; including flooding, oil spills and forest fires. Other functions of the satellites include mapping, the study of space-based methods for earthquake forecasting and monitoring the emission of pollutants. 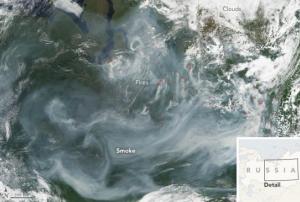 In mid-July 2016, fires occurred in Siberia, in the tundra-taiga interface of the North West of the region. The Moderate Resolution Imaging Spectroradiometer (MODIS) on the Aqua satellite from the National Aeronautics and Space Administration (NASA) on acquired pictures of the smokes on the 19th of July 2016.

According to Bruce Forbes form the University of Lapland “there can be ancient peat deposits near the surface to provide fuel in some places” although the causes of the fire have not been determined yet.

If the fires occurred far from humans, the burning vegetation releases massive amounts of CO2 and could become a threat to the ecosystem in the region. 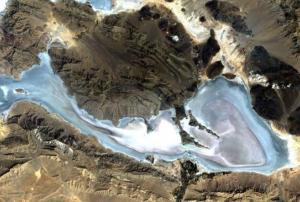 According to the Russian Federal Space Agency, Roscosmos, two Russian space companies signed a pre-contractual agreement with the Iranian Bonyan Danesh Shargh in order to assist the Islamic Republic of Iran to build its own satellite observation system. The aim of the remote sensing system is to monitor the Earth’s atmosphere and oceans.

The Russian NPK BARL will be in charge of constructing and adapting the system’s ground infrastructure and VNIIEM Corporation, the other Russian partner, is expected to build and launch the satellites. For its part, Bonyan Danesh Shargh will be responsible of operating the system when it is completed.

Leonid Makridenko, CEO of VNIIEM, stated that “The pre-contractual arrangement covers the development of an earth remote-sensing system based on an upgraded version of the Kanopus-V1 (Canopus-B) observation satellite.” 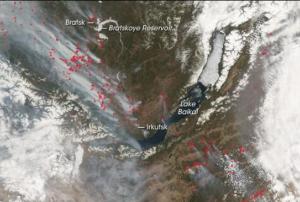 The International Charter: Space and Major Disasters has been triggered to provide satellite-based emergency maps in response to a major forest fire in Russia’s Siberian district. The mechanism was activated yesterday, 13 August 2015, at 15:51:00 (UTC+03:00)… 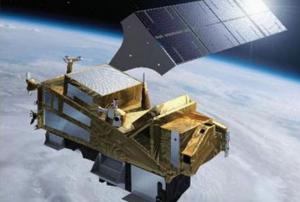 The new aircraft will provide atmospheric chemistry data for the global monitoring programme for environment and security, Copernicus.  It aims to take a higher resolution of measurements of ozone, nitrogen dioxide, sulphur dioxide, methane and other atmospheric pollutants. This information will enable improved climate models and weather forecasting to be made.

It will also contribute to fulfill the goal to safeguard the civil population, to manage risks, and protect the environment as part of the efforts of the European institutions and public authorities at supplying geo-information products and services on the use of data… 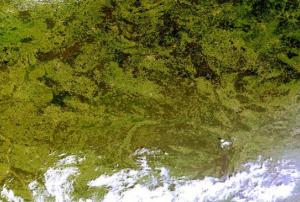 Russia and Belarus announced that they are aiming to develop a new remote sensing satellite in two or three years. This Earth Observation satellite will replace a currently operating satellite whose service life will shortly come to an end.

The new satellite will capture images with a resolution of less than one meter, so it will be more precise than the existing two meter resolution satellite and will be used by several Belarusian authorities, such as the Emergencies Ministry, the Agriculture and Food Ministry, the Natural Resources and Environmental Protection Ministry, and the Forestry Ministry.

The agreement was signed by Igor Komarov, head of the Russian space agency Roscosmos, and Vladimir Gusakov, Chairman of the Presidium of the National Academy of Sciences of Belarus (NASB). 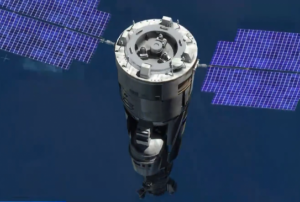 Roscosmos, the Russian Federal Space Agency, is about to launch more satellites in order to create a new centre for global imaging that could enhance Earth remote sensing activities. The project includes setting in orbit various satellites between 2016 and 2025, so that the total fleet would increase to 20. The project will also count on the cooperation of the Research Centre for Earth Operative Monitoring, an entity within the Russian Space Systems.

The aim is not only meeting the Russian demand for satellite imagery, but commercial orders from foreign states and private companies as well. According to a Roscosmos spokesperson, the agency’s strategy consists of shifting from providing images for free to one where clients have to pay in part for the service. This would incentive investment in the industry and enhance quality.

The Research Centre for Earth Operation Monitoring current satellite fleet is comprised of two Resurs-P, a Resurs-DK1, a Kanopus-B, and three… 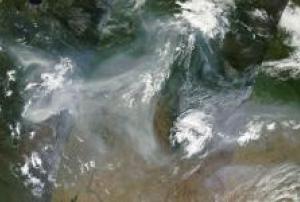 Satellite-based maps have shown northern boreal forests suffered significant tree cover loss in 2013, especially in Russia and Canada. The high-resolution maps have been released by Global Forest Watch, a partnership led by the World Resources Institute.

“This new data shows in detail how Russia and Canada have faced a massive spike in tree cover loss. These forests and soils contain vast carbon stocks so losses represent a significant contribution to the greenhouse gas emissions that are driving climate change,” said Dr. Nigel Sizer, Global Director of WRI's Forests Program.

From 2011 to 2013, the tree cover loss of Russia and Canada represented a 34 percent at global level, with a combined average loss of 6.8 million hectares each year.

Russia and Canada were the two countries with highest average annual tree cover loss from 2011 to 2013, followed by Brazil, United States and Indonesia. Fires were the main cause for this development. 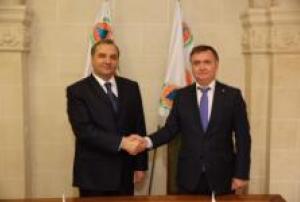 The Russian Emergencies Ministry EMERCOM, host of UN-SPIDER's Regional Support Office in the Russian Federation, is strengthening its collaboration with the International Civil Defence Organisation ICDO. Russian Minister of Emergency Situations, Vladimir Puchkov, met with Secretary-General of the International Civil Defense Organization (ICDO), Vladimir Kuvshinov, on 16 February in Geneva to sign a memorandum of understanding agreeing on wider cooperation.

The memorandum stresses “joint aspiration for helping improve mechanisms of coordination of humanitarian operations (projects) in disaster and post-crisis recovery areas for sustainable development”. “It has been decided today that we will run joint exercises of the Russian Emergencies Ministry and ICDO member states to practice cooperation and disaster response skills. This is a big step in development of civil defense both in Russia and the ICDO member… 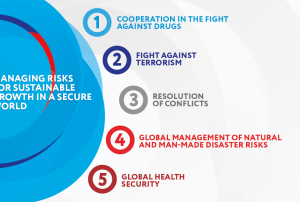 The Russian Federation stated that it will channel all available efforts into developing a new global agreement on disaster risk reduction to succeed the existing Hyogo Framework for Action which expires in March 2015.

UNISDR and its partners will support Russia’s objectives that include global management of natural and man-made disaster risks. 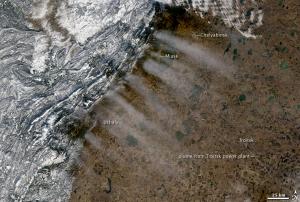 Yesterday, the Russian Ministry of Emergency Situations (EMERCOM), host to one of UN-SPIDER's Regional Support Offices, announced that it will set up a new space monitoring station for prevention and prediction of emergency situations in the Urals.

The station will be established in the new Emergency Center in Sverdlovsk and will cover the northern part of the Arctic Zone, the Urals and Volga Region.

As of today, 85 percent of the whole Russian Federation territory are already covered by such space monitoring stations. After the launch of the new system, the area will be cover 95 percent of the country. 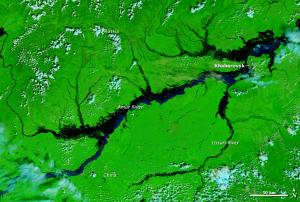 On 19 August 2013 the International Charter: Space and Major Disasters was activated to support flood response efforts in the Far Eastern Federal District of Russia. The region, after receiving heavy rains during the month of July, has been struck by unprecedented flooding, affecting approximately 32,500 people and leading to mass evacuations.

In order to host the 17,000 evacuees from the Amur Region, Khabarovsky Territory and the Jewish Autonomous Region, emergency shelters have been set up. Although it is believed that the flooding has reached its peak, it is expected that the rain will continue until September. The flooding has already been reported as the worst that the region has suffered in over a hundred years. 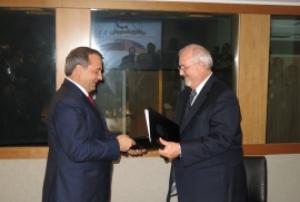 The document provides for expert cooperation in disaster response operations and to study the latest practices. In addition, the parties approved of U.S.-Russian cooperation in this field in 2013-2014, which envisages exchange of experience including in monitoring and forecasting emergency situations, training of rescuers, development of mine-rescuing and provision of security at mass events. 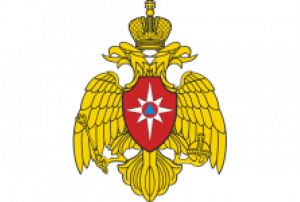 The United Nations Office for Outer Space Affairs (UNOOSA) has the mandate to promote international space cooperation and to assist Members States with capacity-building in the use of space science, technology and its applications. For this purpose, the Programme on Space Applications, implemented by UNOOSA, was established in 1971. Since its inception, the Programme has made substantial progress in furthering knowledge and experience of space applications around the world, through the organization of dedicated workshops and establishments of fellowships.

Online registration: The application deadline is 23 July 2017 for applicants seeking funding support and 10 August 2017 for self-funded applicants.) Please ensure that your application is complete and correct before submitting. Once you have submitted your application, you will not be able to make further…