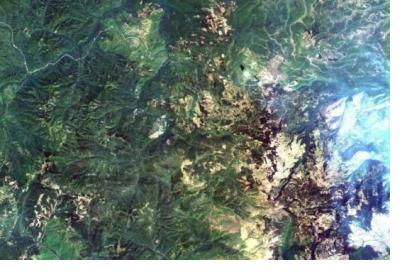 China launched its latest Earth observation satellite, Gaofen-6, which will be for disaster monitoring and agricultural research on 2 June. Another satellite to monitor weather-related disasters, Fengyun-2H, was launched by China on 5 June.

On 2 June, the Gaofen-6 satellite was launched via a Long March-2D rocket which lifted off from the Jiuquan Satellite Launch Centre in northwest China. The data collected by the high-resolution satellite will be utilized to monitor disasters such as droughts and floods. The data will also assist with the evaluation of agricultural projects and for the surveying of forest and wetland resources. Gaofen-6, with will form a constellation with the other Gaofen satellites currently in orbit. Luojia-1, an experimental earth observation cubesat, was also put into orbit as part of the same rocket launch on 2 June.

The Gaofen series of satellites are part of the China High-Resolution Earth Observation System (CHEOS). The CHEOS-system aims to provide real-time, all-weather global Earth observation data for disaster prevention and emergency response. In particular, the CHEOS data will allow for the improved monitoring of a range of natural disasters and extreme weather events including landslides, typhoons and rainstorms. The satellites will also be used for mapping, ecological protection, and agricultural and infrastructure planning.

On 5 June, China launched the Fengyun-2H meteorological satellite to improve the accuracy of weather forecasting and provide better meteorological services to countries participating in the Belt and Road Initiative. The satellite was launched via Long March-3A rocket, was which took off from the Xichang Satellite Launch Center in southwest China. Fengyun-2H forms part of China's second-generation of geostationary weather satellites.

In response to a request from the World Meteorological Organization (WMO) and the Asia-Pacific Space Cooperation Organization (APSCO), the position of Fengyun-2H will be changed from its original 86.5 degrees east longitude to 79 degrees east longitude. This means that the Fengyun series satellites will be able to cover all the territory of China, as well as countries along the Belt and Road Initiative, the Indian Ocean as well as most African countries, according to the China National Space Administration (CNSA). This adjustment will enable the Fengyun series of satellites to acquire meteorological data over a wider range, improve weather forecasting accuracy and the ability of the countries covered by the satellites to cope with climate change and mitigate losses caused by natural disasters. A spokesperson from the CNSA  said  that the Belt and Road region - which mainly consists of high mountains, deserts and oceans - lacks meteorological information and that damage caused by natural disasters occurs twice as frequent there as compared to the world average.

According to the CNSA, China plans to send 11 more meteorological satellites into orbit by 2025 to further improve its weather forecasting accuracy as well as its ability to manage natural disasters.