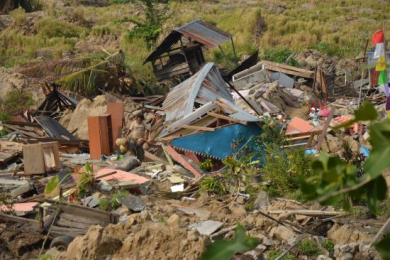 In the past year, “there were 315 natural disaster events recorded with 11,804 deaths, over 68 million people affected, and US$131.7 billion in economic losses around the world.” This is according to the Centre for Research on the Epidemiology of Disasters (CRED) in its recently released 2018 Natural Disasters Report.

While these 2018 natural disaster values represent a decrease when compared with the annual averages from 2008 to 2017, some geographic areas still experienced great losses of life and damages due to natural hazards. Indonesia was most adversely impacted in terms of lives claimed, with earthquakes in August and September 2018 that left a total of 4,904 people dead or missing, according to the CRED. Earthquakes also accounted for the greatest number of deaths among natural disasters worldwide in 2018. And among all types of natural hazards, floods affected the greatest number of people during the past year, with 127 major cases, and were responsible for 24 percent of the total deaths from natural disasters in 2018.

Wildfires and volcanic eruptions stood out last year in terms of their human and economic impact compared to the period 2008-2017: the California wildfire season was the deadliest and costliest on record, while the Attica Fires in Greece were the deadliest wildfires in Europe recorded in the EM-DAT database. Volcanic eruptions in Guatemala and Indonesia, which in Indonesia was followed by a tsunami, killed over 800 people in 2018.

In terms of economic losses, storms caused the greatest impact, resulting in US$70.8 billion in damages. And while most types of natural hazards occurred less frequently in 2018 compared with the 2008-2017 annual average, the number of wildfires, volcanoes, and extreme temperature episodes in 2018 exceeded the annual average from the previous decade, according to the CRED.

Increased use of space-based information in disaster mitigation and response plans can improve their efficacy, and can help countries gain better insight into disaster risks and changes in weather and surface conditions. UN-SPIDER works with countries around the world to strengthen their capacities in making use of space technologies for disaster management.