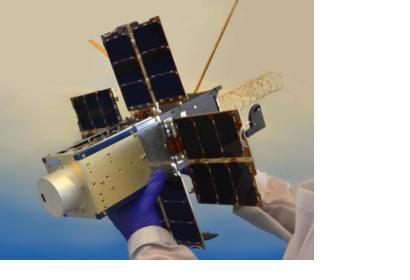 NASA is launching a prototype instrument that could make monitoring volcanic activity and air quality easier. The “Nanosat Atmospheric Chemistry Hyperspectral Observation System,” or NACHOS, will use a compact hyperspectral imager to locate sources of trace gases in areas as small as 0.4 square kilometers.

If successful, the system will be the smallest, highest resolution space-based instrument dedicated to monitoring atmospheric trace gases like sulfur dioxide (SO2) and nitrogen dioxide, paving the way for future Earth-observing systems that will not only help predict volcanic eruptions, but also monitor air quality around specific cities, neighborhoods, and even individual power plants.

According to Steve Love (researcher at Los Alamos National Laboratory (LANL)), a dormant volcano waking up may emit SO2 before any detectable seismic activity. Detecting this emission may allow for the identification of a potentially erupting volcano before it blows.

At just 6 kilograms and 300 centimeters cubed, NACHOS can be a cost-effective solution for gathering data and monitoring atmospheric trace gases.

A second NACHOS instrument is planned to head to low-Earth orbit in the winter of 2022.