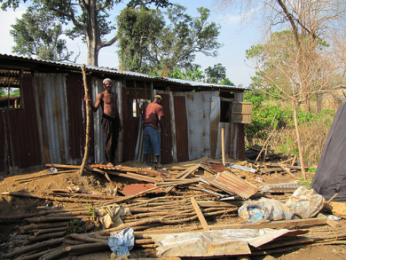 The website Thidaylive.com reported that the Nigerian National Emergency Management Agency (NEMA) had carried out mapping of all the communities likely to be affected by the predicted 2013 flood as part of its preparedness against disaster occurrence in the country.

"NEMA’s Director General, Alhaji Mohammad Sani Sidi, explained that the agency’s action plan during a meeting with the Kogi State Governor, Capt. Idris Wada, in Abuja. He said the organisation had also carried out vulnerability capacity assessment of seven communities to determine the existing capacity in each community and its level of resilience.

Nigeria Metrological Agency (NIMET) had predicted rainfall with a possible flooding in some low plain areas. Based on this report, some states in the North-west region such as Sokoto, Kebbi, Zamfara and virtually all the South-south states have also been designated flood prone areas.

Wada informed the Director General that the state had marked out save areas in the event of flooding, urging him to help in equipping them."