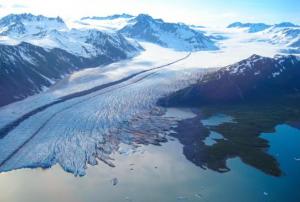 The report shows that 1992 to 2002 averaged 1mm/decade in melt, 2008 to 2018 increased to a 7mm/decade loss. The research pulled from USGS’s Landsat mission, the oldest open-access Earth observation data. The total was also calculated using space-based gravity measurements - which measures total mass on the world’s largest island - integrated with remotely sensed height… 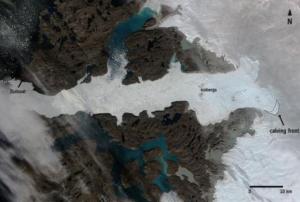 The European Space Agency’s (ESA) Sentinel-1A satellite captured the Jakobshavn glacier´s calving process, one of the biggest iceberg breaking phenomena on record. By comparing images before and after the event, scientists found that it has lost a total area of 12.5 km2, equivalent to a volume of 17.5 km3, which could cover the Island of Manhattan by a 300 m thick layer of ice.

The Jakobshavn Glacier is a vast outlet glacier located in Western Greenland and produces around 100% of Greenland’s icebergs. Each year, 35 billion tones of icebergs calve off and pass out of the fjord. However, sometimes they are so large that they cannot float away easily and remain stuck on the bottom in shallower regions until they manage to melt.

It has been tracked for over 250 years in order to get a better insight into the role of ice streams in climate change, icecap glaciology and its impact on the sea level.

The Sentinel-1A is an Earth… 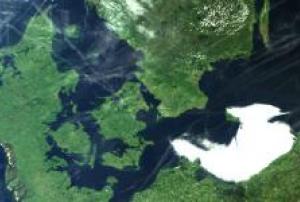 In order to monitor and map the spatial extent of the flooding caused by two storms passing over Denmark the weekend of 9 to 11 January 2015, radar images from TerraSAR-X satellite were employed.

The analysis and mapping of the flooded area was conducted by Airbus Defence and Space on behalf of DHI GRAS, a worldwide provider of remote sensing and GIS services for hydrology, water quality, environmental assessment and land cover mapping.

The use of TerraSAR-X radar satellite images in Limfjorden in Northern Jutland (Denmark) enabled the acquisition of data independent of weather and light conditions and enhanced the accuracy of disaster management and response operations.

The great advantage of radar satellite imagery in case of natural hazards such as flooding and storms is the possibility to collect information during the maximum extent of the water level. 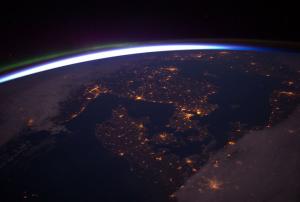 The theme of the 2015 joint conference will be Convergence: Policies + Practices + People (PPP) addressing the need for synergy between policy makers, technology providers and end users highlighting workflow in order to facilitate more informed decision making from stakeholders.

According to Sanjay Kumar, Chief Executive Officer of Geospatial Media and Communications and organizer of Geospatial World Forum, “this partnership intends to facilitate and harness the value of geospatial towards improved living standard by converging policies, practices and people. Through combined efforts, both INSPIRE… 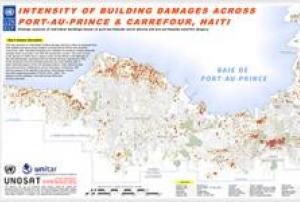 Effective disaster management and response demand rapid utilization of information and data from many sources. Visualization and spatial applications are critical during pre and post-disaster management and response. The ability to seamlessly integrate and distribute digital data into spatially explicit forms for situation, rapid assessment and analysis during and after a disaster remains a challenge.

To meet this challenge UNOSAT and the University of Copenhagen are offering a course that presents an integrated approach to how info management and sharing is enhanced by use of geo-information systems (GIS) tools in disaster situations. The GIS database can be accessed for damage assessment or to locate critical infrastructure. To get an overview of the disaster situation it is crucial for disaster managers to be equipped with these basic tools.

On completion of the course, students will be able to critically analyze the prerequisites and challenges for effective… 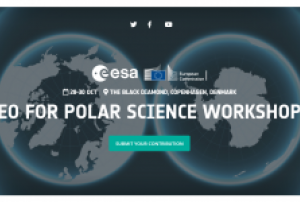 Polar regions have experienced the most rapid rates of warming in recent years and its expected impacts will exceed those forecasted for many other regions in the planet resulting in local, regional and globally significant consequences affecting natural ecosystems and human activities.
This workshop aims at assessing the latest advancement in the use of EO technology for Polar science, exploring the main challenges and opportunities for the coming decade and consulting with the community to contribute to define a common scientific agenda for the future.
Workshop Objectives:
more