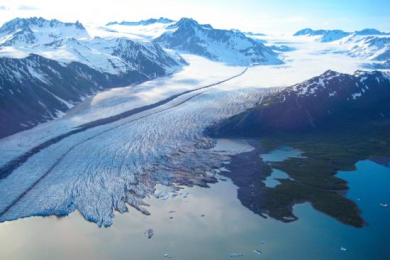 The report shows that 1992 to 2002 averaged 1mm/decade in melt, 2008 to 2018 increased to a 7mm/decade loss. The research pulled from USGS’s Landsat mission, the oldest open-access Earth observation data. The total was also calculated using space-based gravity measurements - which measures total mass on the world’s largest island - integrated with remotely sensed height measurements and water flow models to create an Ice Sheet Mass Balance Inter-comparison Exercise (IMBIE) for a complete understanding of the total ice found on the continental glacier.

Integrating measurements of altimetry, gravimetry and input-output models of water flow create a clear picture of ice loss and the sea level rise it causes. Over the 26-year period this ice sheet alone contributed to an 11 millimeter rise in sea levels, providing what the lead scientist at NASA’s Jet Propulsion Laboratory says is “irrefutable evidence” to support the Intergovernmental Panel on Climate Change’s worst-case predictions for sea level rise.

The loss of ice on this glacier has direct implications for the disaster management communities. "As a rule of thumb, for every centimeter rise in global sea level, another 6 million people are exposed to coastal flooding around the planet," the report’s lead author said. On current trends, the ice loss of this one glacier will cause 100 million people to be flooded out of their homes each year by the end of the century.