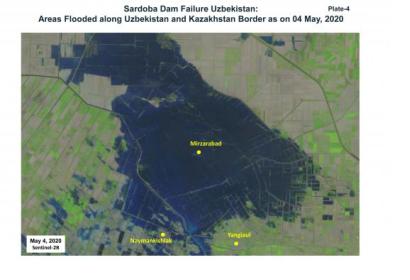 With the help of Landsat 8 and Sentinel-2 optical imagery, CSSTEAP concludes that settlements in the area appear to be severly impacted by the water, which flowed into low-lying regions as there is a 20m elevation drop from the dam to the border region. Optical imagery from before and after the event also helps identify a 270m long breach of the dam's wall. 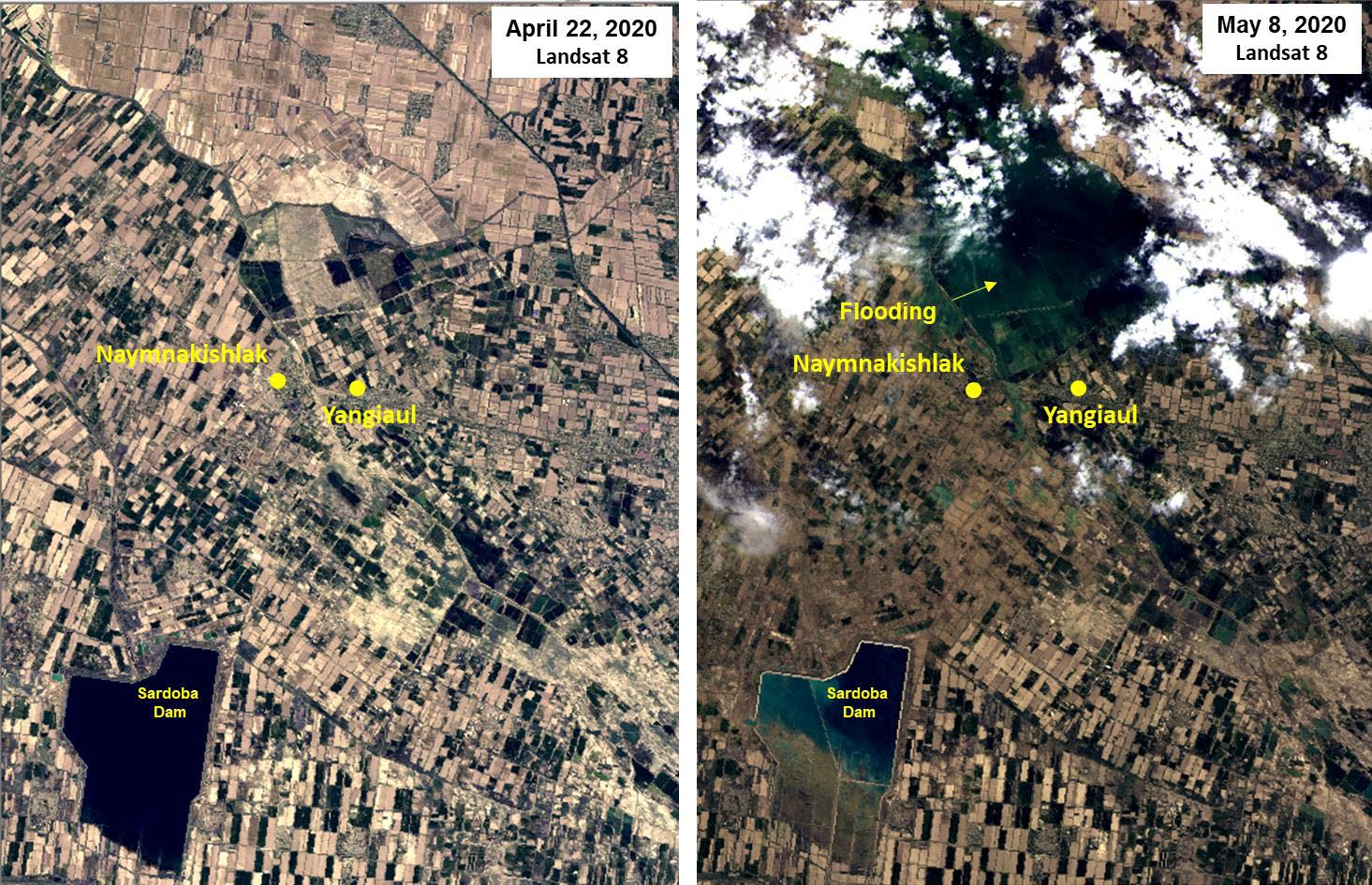