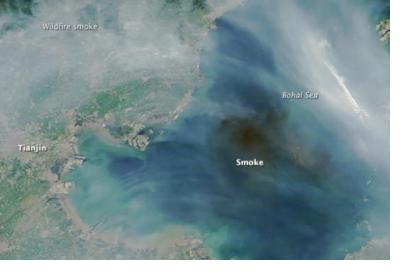 On the morning of August 13 the China Aerospace Science and Technology Corp activated its emergency response mechanism, after the fatal warehouse explosions that hit Tianjin port city. It used at least eight of its satellite constellation to monitor rescue and damage operatins thanks to their clear images.

According to an anonymous space expert, "Earth observation satellites have many types of imaging devices, so compared with other observation platforms they are more resistant to bad weather and can obtain high-definition pictures through smoke caused by the blasts."