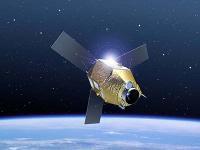 Launched in December 2011, Pleiades is a constellation of two very-high-resolution satellites capable of acquiring imagery of any point on the globe in under 24 hours for civil and military users.
Pleiades has been observing and mapping Earth’s surface at a resolution of just 70 cm every day since December 2011. Comprising the Pleiades 1A and Pleiades 1B satellites, this space imaging system complements the capabilities of the SPOT satellites, which have a wider field of view than Pleiades but lower spatial resolution. What’s more, as Pleiades 1A and 1B are in the same orbit, together they can image anywhere on Earth in less than 24 hours. Pleiades imagery is used for both civil and military applications, for example to track urban expansion, monitor the planet’s active volcanoes or assist road and railway routing, and to locate adversaries’ military installations for mission planning. Pleiades’ key asset is an extremely sensitive optical instrument that reduces the exposure time needed for each image, giving each satellite the ability to acquire up to 500 images a day.
As prime contractor for the Pleiades system, CNES contracted with Airbus Defence & Space (former EADS Astrium Satellites) to build the satellites and with Thales Alenia Space for the optical instrument. In Europe, programme partners Austria, Belgium, Spain and Sweden were also involved in satellite construction. Pleiades was initially developed as part of the French-Italian ORFEO programme (Optical and Radar Federated Earth Observation), of which it is the optical component and COSMO-Skymed (Italy) is the radar component.